Are you buying the right horse wormer?

In late 2014 the results of Australia’s largest equine parasite prevalence survey were revealed. The study aimed to confirm the prevalence of four key internal parasites of horses, all potentially deadly.

The study was conducted by researchers from the University of Queensland (UQ). Faecal samples were sourced from a total of 102 properties scattered up and down the country, from Far
North Queensland, down into Tassie and across to South Australia. Faecal samples were only taken from horses that had not received a worming treatment in the past 8 weeks. 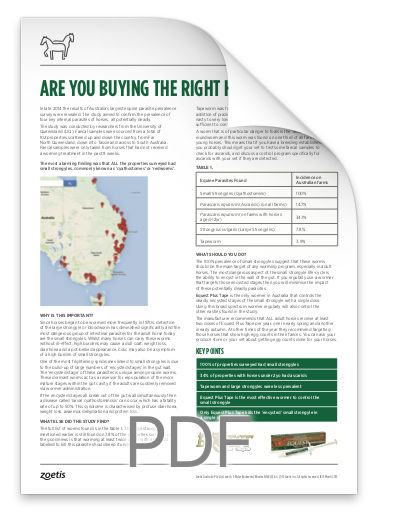 Acupuncture and complete medicine in the racehorse